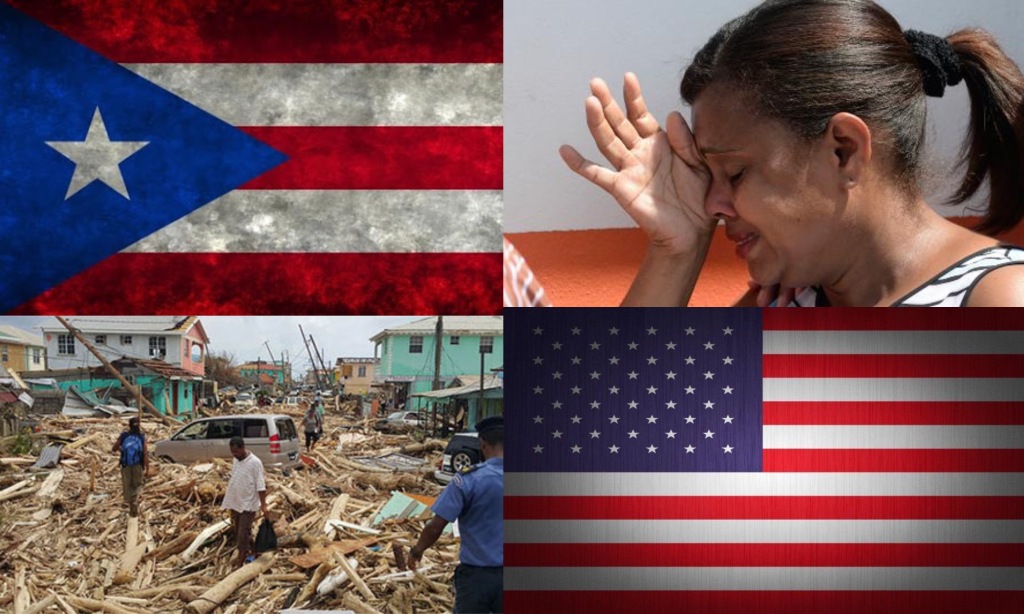 Somewhere in America, 3.4 million people are facing a humanitarian crisis.
They have been unwillingly cast in a real-life episode of “Survivor” as
they race against time, rationing food as their supplies run scarce.

Somewhere in America, almost 2 million people have no running water.
Their best hope for water to drink, clean or bathe is found in a running spring (for those lucky enough to live closets it).
Others just wait for rainfall and pray that they can catch enough droplets for their families to get by.

Somewhere in America, almost 3.4 million people are without electricity.
Hospitals use generators desperately to preserve the comfort and the lives of the patients who need them.
Families can’t use their cellphones to let their loved ones know of their condition. Internet is not an option.

A mother who used to encourage her young children to not be afraid of the dark before she tucked them in for bed  at night doesn’t bother to teach that lesson anymore. Massive blackouts have meant that they have become all too familiar with darkness.
Nighttime covers the land with an empty darkness. Even daytime consumes the people with darkness and frightening uncertainty despite the light of day.

Somewhere in America, 3.4 million people are wondering when will they too will feel like Americans.

About 2 weeks ago, hurricane Maria battered the island with a category 5 storm.
Winds that exceeded 150 mph used the water as an extra weapon, which pummeled Puerto Rico into submission and caused dams to fail – creating even more flooding more and uninhabitable spaces.

Despite their suffering and despite the fact that
Puerto-Ricans ARE AMERICAN CITIZENS, they have languished in economic misery as our habit of selective patriotism keeps their circumstance from the center of American priority where it belongs.

Sadly, our indifference to their reality is hardly surprising.
Our nation has treated Puerto Rico like an unwanted step-child for quite sometime now.
For Years, Puerto Rico has been suffering through an economic crisis that’s mostly the creation of manipulative banks from mainland America.
Much of the island’s 73 billion dollar debt was created by the bloodsucking tendencies of Wall Street capitalists and worsened by American policies that prevent Puerto Ricans from enjoying the same legal protections that most Americans are guaranteed.

Thanks to the extensive research of the Refund America Project, we know that almost half of the country’s debt IS NOT money that they’ve actually borrowed. Instead, much of the money they owe is actually thanks to insanely high interest rates of almost 800%.

Rates that that were set by American lenders who damn well knew that the vulnerable island government could never repay the debt and would have done almost anything for much a needed economic boost.

Further complicating this situation is the fact that despite being a territory of the United States and the island’s understandable efforts to be recognized as the 51st state , the abscence of statehood and a proper amount of delegates with actual Congressional influence have left them vulnerable to many legal loopholes and left them virtually protectionless against economic manipulation.
Our Puerto-Rican sisters and brothers have desired our partnership but instead, wind up getting pimped by American predators-for profit.

American corporate greed is largely responsible for Puerto Rico’s economic paralysis while American habits of appropriation have allowed us to absorb best of what the island has to offer while absolving us of the responsibility to assist them in return.

Our slow response and in some cases, ambivalence for their conditions are indicative of the colonial instincts that are embedded within the fabric of
our American DNA – claiming rule over a territory or people,enjoy-  if not steal – all of the beauty, ingenuity and uniqueness that other cultures possess but then casting them aside in their time of reciprocity & need.

Puerto Rico has produced and inspired a pillar of dignity justice like
Sonia Sotomayor.
Puerto Rico has given us firey and passionate and committed drum majors of equality like Dr. Evelina Lopez Antonetty.
They have shared with us the genius and bravery of astronaut, Joseph Michael Acaba
From Marc Anthony to mofongo
From Roberto Clemente to coquito
we have benefited greatly from the contributions of this great land.

If you have ever vacationed there, have benefited from the love and smiles of the people or can be frequently heard saying  “Hamilton gives me life”, then you owe it to their people to repay their kindness and warmth with attention and aide.

Ain’t it funny that at this time in our history when many Americans (most of whom are Republicans) chastise others for not being loyal enough to their country , that many of those same people couldn’t care less about the plight of these nearly 4 million U.S. citizens?

Isn’t it odd that those who are furious as hell about the alleged sanctity of a flag and a song are not exactly rushing to exemplify the star spangled unity they claim?
They cling more to the SYMBOLS and hollow routines of unity and are less moved to demonstrate actual togetherness when our most vulnerable citizens are in need.

Hurricane Irma and Hurricane Maria were natural disasters but it is up to us to correct the errors that have caused their man made suffering.
Now is our opportunity to break the cycle of indifference and show how truly unidos we really are.

Here are just a few of the organizations that you can get involved with and lend a helping hand.