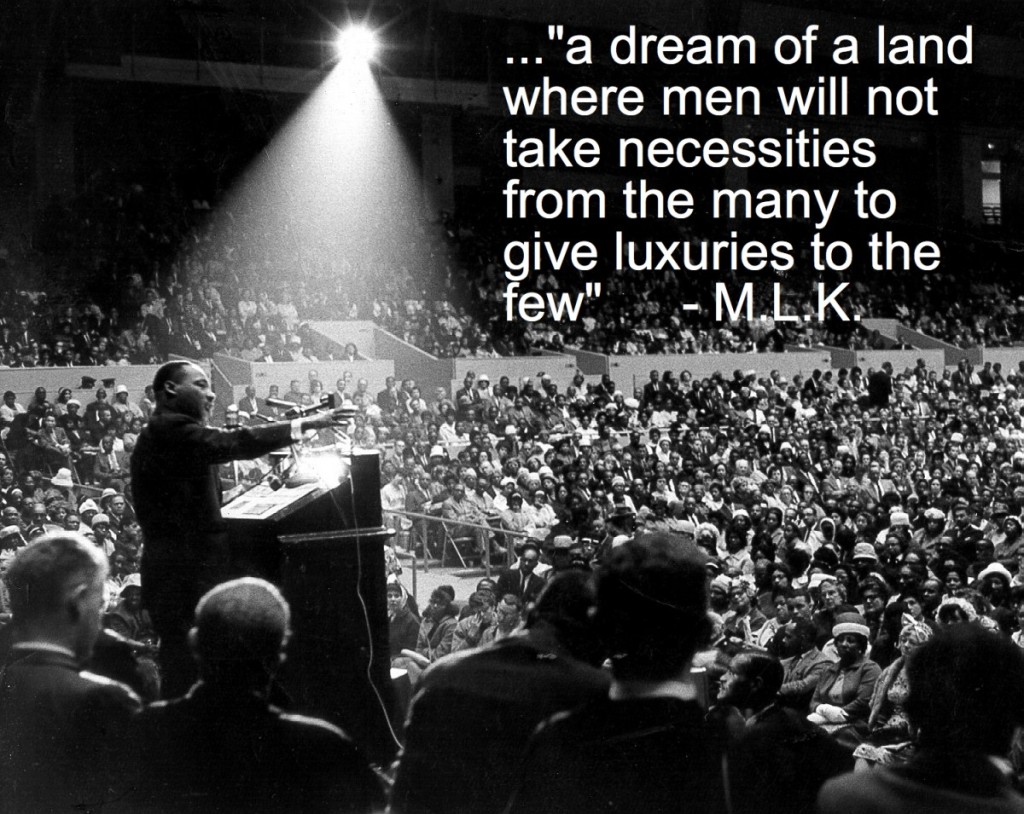 Labor Day was 2 days ago in America and Canada

For many children, Labor Day means the last hours of freedom.
Just enough time for riding bikes with your friends until the street lights come on.
Just a few more games of pickup basketball  at the neighborhood court.
One more syrupy sweet slushy or freeze pop to help numb your brain to the cares of homework or class projects.

For families, Labor Day marks the annual end of the summer cookout. The majestic fire on the grill crackles the ribs and veggies to perfection while Aunties, uncles and cousins are scattered about playing, sharing graduation photos or teaching grandma the difference between a “whip” and a “Nae Nae”.

For many fashion bloggers and wanna be trendsetter’s, Labor Day means your absolute last opportunity to wear those white pants you love before risking a multitude of side-eyes and ridicule should you be so daring to rock them after the holiday.

These are just some of the precious traditions that we share on the first Monday of September.

However, there is another American tradition that exists and continues well after the the smoky ghosts of fireworks past have cleared. Long after the ice cream truck stops playing it’s endless song and the holiday has ended,
far too many Americans will continue to wake up to work their fingers to the bone for unlivable wages or even worse, with no work at all.

I imagine that if we are brave enough to be truly honest about the state of the workforce in our country and see the facts as they are, we will find that we have a lot to be ashamed of.

The reality is sobering.
The “real” unemployment rate is hovering around 10% or approximately 30 million Americans.
44 million are estimated to be food insecure
46 million people, 15% live in or near the government defined poverty line.
What kind of country allows this?

We don’t just suffer from a populace that is bankrupt financially but we are plagued by morally bankrupt leadership.

The attack against worker’s unions has been largely spearheaded by Republican politicians and the lobbyists that fill their political piggybanks. Bobby Jindal, Mitt Romney and John Kasich are just a few of the vocal opponents of unions. Of course, the most symbolic person and event associated with the GOP’s union disdain is Governor Scott Walker of Wisconsin and the uproar he inspired by supporting so called  “right to work” laws that are aimed at weakening unions by undercutting the way unions acquire the funding needed to operate.

The attack against the organized labor movement is by no means a partisan effort.

President Barack Obama has drawn the ire of the unions who once supported him because of several capitulations towards anti-union, pro-business elite  actions that he once promised to fight against.
His former chief of staff, The elitist “wolf in Democrat’s clothing” better known as Chicago Mayor Rahm Emmanuel, has long been at odds with Chicago unions, most noticeably the teacher’s union.

American productivity has nearly doubled over the past 40 years yet wages have stagnated far behind. Billionaires and millionaires continue to see record gains (especially in the financial sector) while the rest of America sees record levels of financial instability and depravity.

It is no coincidence that this trend of inadequate employment is in direct correlation with the growing demonization of unions.
It is because of unions that we have a minimum wage, social security, sick leave, workplace safety regulations, child labor laws, pensions and many other checks and balances that were implemented in the spirit of defending the dignity of the American worker.

Unions have long been the worker’s best line of defense in the quest for humane, respectable work conditions.
To undermine and stifle the very coalitions that helped to achieve these gains and yield a stronger economy is tantamount to economic suicide.

Many of you who are parents, prepared your children for their first day of school.  Public schools have been a critical piece of vertebrae on the back bone of American thought, ingenuity and progress. It is no secret that these schools and the under appreciated, overextended teachers that we are so dependent on have been under attack. Their income, benefits and job security hang in the balance as stingy bureaucrats and greedy politicians attempt to scapegoat teachers’ unions for the systemic failures of our education system.

As you gave your child a kiss before handing them their lunchbox and sent them on their way, surely you must have known that they were headed into a building not worthy of the students, faculty or even the dustmites that lie within it.

It is said that America is an exceptional nation.
To be fair, the good old U.S.A. is great at a lot of things.

Our contributions to the world of modern technology, science and engineering are truly irreplaceable. Our schools have produced some of the most brilliant minds and thinkers on the planet.
Entertainment?  Ha! We’ve got that in spades.
We are the standard that the world aspires to in movies and music. Birthing everything from Hollywood, Gospel, Blues, Rock, Jazz, Hip-Hop, Broadway and so on.
And don’t even get me started on eating. Did anyone else see this year’s hot dog eating contest?? Matt Stonie defeated fellow Californian and 8 time champion Joey Chestnut! 62 hot dogs
Crushed it!

Do you know what else we are really good at?
***(SPOILER ALERT- this part isn’t as cool as the jazz or the hot dogs)***

We are great at being seduced into voting against our own self interest.
Nowhere is this more evident than in our conversations and town hall meetings about jobs.

Republican politicians in particular have done an amazing job at brainwashing their constituents, many of whom are poor or near poor, into thinking that if only we give the wealthy more money and less regulation, then we will all see the job explosion and prosperity that we all dream of.  This is certainly the opposite of the truth. Republicans (and their anonymous co-conspirators) have also convinced many into believing that businesses and corporations want to pay you fairly, but because of the pesky unions and their unreasonable demands, they are forced to offer you a pitiful wage. It’s a Scooby Doo kind of logic, in which the bad guys swear that they could have had their way if not for “those meddling kids”.

The real question is how has this logic worked so well?
How is it that so many, including our country’s most financially vulnerable have been convinced to bite the hand that has helped to feed them.

The answers are many but I’ll focus on one.

America has both a very unhealthy love affair and fear of the wealthy.

Now understand. There is nothing wrong with being wealthy in it of itself.
Critiques of irresponsibly handled wealth isn’t class warfare as many have been made to believe.

But we live in a society that is constantly bombarded with ads and programming that in some way reinforce the idea that riches and desirability or moral goodness go hand in hand.
Want proof? Look no further than the Presidential primary race.

Despite being overtly disrespectful and a man of very questionable folicle upkeep, The Donald has long been a source of fascination if not admiration. He has a wildly successful television franchise and THIS compilation of songs in which his name is dropped 67 times to prove it.
Yet, despite his crass behavior, lack of a political course of action and admitted history of changing his political affiliations more often than he changes socks,  he is believed to be the front runner for the Republican nomination for President of The United States.

A large reason for the following he’s cultivated is because he is incredibly wealthy. And despite his businesses having fallen into bankruptcy several times, there are many who believe that he is the voice of reason when it comes to improving America’s economy.
Our love of money as well as our desperate need for it often clouds our judgement, allowing us to give the benefit of doubt to whoever has the most Benjamins.

Then there is the fear component.
Because we love and admire the rich so much, we take them at their word when they threaten to cut our jobs and benefits if we are so bold enough to ask for livable wages and decent work conditions. We don’t want to anger rich people. We so badly want them to continue to come outside to play and be our friend that we support the policies that benefit them even if it means that it hurts us and our ability to provide for ourselves and our families.

But it doesn’t have to be this way.
Even in a country with sad levels of unemployment and jobs that are either being exported to foreign countries or being performed by automated robots and machines, we still have power. As boring and petty as they can be, Pay attention to the local politics in the communities and towns that you are from and vote against politicians and policies that continue to serve the rich and leave out the middle class and poor. Let’s try to be more deliberate  with our spending and shy away from businesses that have clearly aligned themselves with the policies that are grinding the middle class into extinction.

Let’s also rally behind our unions again. Should you challenge yours to be better? Of course. But let’s not be manipulated by the fear mongering of the greedy and elite into abandoning them.
The rich are getting richer, the poor even poorer and the middle class finds itself slipping into the quicksands that corporate greed, political cowardice and union busting have laid before it.  The fight for worker protections is one of our few remaining defenses against . Should we lose it, then the spirit of our nation dies with it.