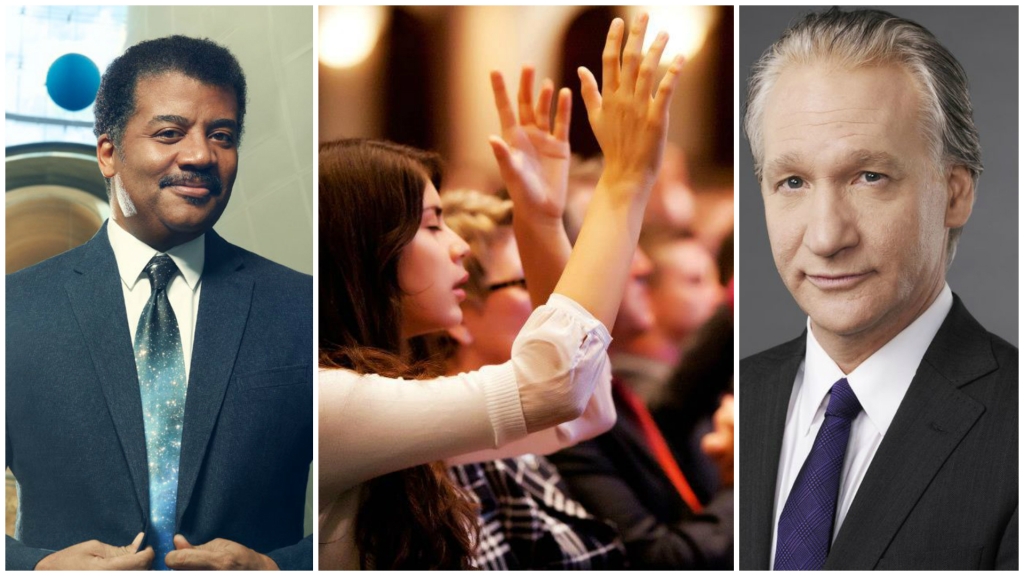 Hi readers!
We are only 2 entries in and already I have a confession to make.
I go into this knowing that revealing this much of myself may cause me to be the source of ridicule.
Some might question my sanity.
Others may doubt my intelligence.
Some may stop reading this entry and from here on out, completely write off this site that I have worked so diligently to craft. I’m ok with that
It’s an admission that may even scare potential employers in my chosen profession.
Still, I make this confession and I make it boldly. 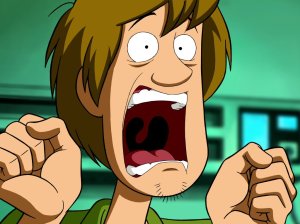 Yes, Neil Degrasse Tyson. I believe that the Lord, God, created the universe.

Yes, Bill Maher. I am bold enough to say that I believe that He sent His only Son to die for my sins.
Yes, I’m also aware that I have just unwittingly typed 2 lines from
“The Book of Mormon”, a Broadway musical that satirizes my beliefs.
And now this is awkward…

Ok. So the truth is that to those who know me, this is not exactly a shocker.
Geraldo Rivera unearth better kept secrets from Al Capone’s tomb than I have in this essay.
(BY THE WAY, for those of you who don’t know, Geraldo actually found nothing. It was all smoke, mirrors and hype because well… Geraldo)
But in this day and age, even in a world where the majority practice a spiritual belief, it is becoming increasingly unpopular to admit a belief in God.
In certain circles, such a public affiliation may cause some to look at you as if you are a 3 headed moose, carrying highly contagious strands of airborne polio, ebola and cooties.

You might recognize these lyrics as belonging to the timeless hit Motown single, “To Be Loved” performed by Jackie Wilson.
This desperate plea for reciprocity and ackowledgment is one that generations young and old can relate to.
We all want to be loved.
But in this internet age, love is no longer the desired commodity. In many ways the internet is a stock market trading floor and ‘likes’ and ‘shares’ are coveted like gold and oil.
We attach our sense of worthiness and value to our potential for viral popularity.

It is in part, because of this fear of appearing to be boring, stuck in the past, un-evolved, and not trend worthy, some believers have become more hesitant to publicly associate themselves with the church. Even being very careful not to use the dreaded “r” word; religion.
It also doesn’t help our cause that some of the loudest voices like Ann Coulter, Mike Huckabee, Ted Cruz, Bill O’reilly and other bigoted, hate mongering jabronis use God to advance their hate and their bank accounts.

But for the rest of us. Those of us who as imperfect as we may be, who are inspired by faith to spread love tand to make a positive impact there is no need to be ashamed.
Remember. We don’t do it for the vine.
We do it because our calling is to serve others, not our own ego.

There is a growing segment of society that not only disagrees with the concept of religion and God (which by the way, there is nothing wrong with doing so) but who are unrelenting in their detest and impatience with those who do believe.

Faith is an essential element that benefits both the believer and the non believer by positively influencing the culture that they both are apart of.

My faith is incredibly important to me. It has anchored my belief that we are here on this earth to love each other and to purpose the instruments of God’s love, be it our talents, voices, bodies and brains in the effort to intercede against forces of hatred, oppression and evil.

It is also my religion and my faith tradition that instilled in me the redemptive power of forgiveness.
It’s Matthew 5:44 where Jesus said

“But I say unto you, Love your enemies, bless them that curse you, do good to them that hate you, and pray for them which despitefully use you, and persecute you.”


This challenges us to seek mercy before malice. If you look at the revenge laden nature of the conflicts that happen in our neighborhoods and all across the world, it’s not hard to see the wisdom in those words.

My faith has inspired myself and countless others to love our neighbors as ourselves. To not look down on those who society and status have forgotten, but to look to protect and care for “the least of these”.

Knowing God has seen myself and my family through some of our darkest hours; lighting a path of perseverance and purpose on the other side of our uncertainty and despair.

As a black man in America, the liberation of my people from hundreds of years of slavery and Jim Crow era indignity could not have happened without the influence of the church. It is as the song goes “How I Got Over”. Yes, American slavery, racism and sexism have all been justified by Christians mis-using the Bible but let’s not confuse their cowardice of hiding behind the cross with the actual message of the cross. 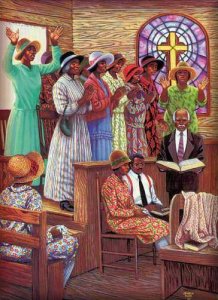 Despite all of the loving, good natured, non-hateful people that religion has produced and inspired, the identity of the faith community is constantly being defined by the minority of those who misrepresent it.
It is very convenient to the anti-religion narrative to prop up terrorist extremists or Kim Davis as exhibit ‘a’ in a study of why religion is inherently evil and problematic.
But the the peace loving people of faith far outnumber those who abuse their faith.

Dr. King wasn’t a great man “who just so happened to be Christian”.
His moral obligations and fight for civil rights were born directly out of his Christian beliefs and the religious traditions of those before him. Remember, he was the REVEREND Dr. Martin Luther King. Jr. REVEREND.

And Dr. King wasn’t an exception. The history of our earth is filled with the legacies of not only influential women and men of faith that have done remarkable things, but everyday people whose names aren’t as familiar or even known. Faith based initiatives to feed the poor, give medical care to the sick, clothe the naked and house the homeless are an integral part of of world community’s humanity and conscience. Am I saying that everyone who has been a positive impact for good has been a religious person? No. But my point is that religion and specifically (although certainly not exclusively) Christianity has been an irreplaceable force in not only spiritual enlightenment but also in advancing social justice.

To choose to highlight the tortured and corrupted of our flock and in the same instance pretend as if they are the whole embodiment of our beliefs, defies the essence of what it truly means to be a Christian.
As the brilliant music collective from Philly known as MFSB said,
“Love Is The Message”.

I get it. There have been some religious zealots out there who have hurt others in order to impose their particular interpretations and desires on others,thus making it harder for some to be open to the system of belief that these people claim to represent.

I also get that as human beings in an era of satellites, microscopes, telescopes and high speed internet, our curiosity leads us to value the concrete and to disregard the abstract.
The idea that we are more than a collection of tangible particles and atoms.. that our world is just as much spiritual as it is physical is a hard sell to the man or woman who is in need of some absolute theorem to prove it.
I do happen to believe that we are more than skin, bone, muscle and organs. We have a spirit that needs to be fed. But more on that in a future post.

Back to my point. Which is that to remind that the wicked behavior of some should not make us lose sight of the positivity, love and peace that the majority of worshipers stand for.
But whatever the case. Whether or not I’m called a relic, boring, unevolved, ignorant, illogical, insane, not cool. I’m fine with that.

I’m proud of my faith and the standard of civil rights, justice and advocacy that it has laid before me.I’m also proud of it’s ability to give purpose to those without direction and to bring comfort to those saddled with grief.
I know that God calls me (and all of us), even in my weakness and imperfection to be a voice for the voiceless, to love my friends and my rivals and to do what I can to preserve the precious earth that we have been given.

For that, I can never be ashamed