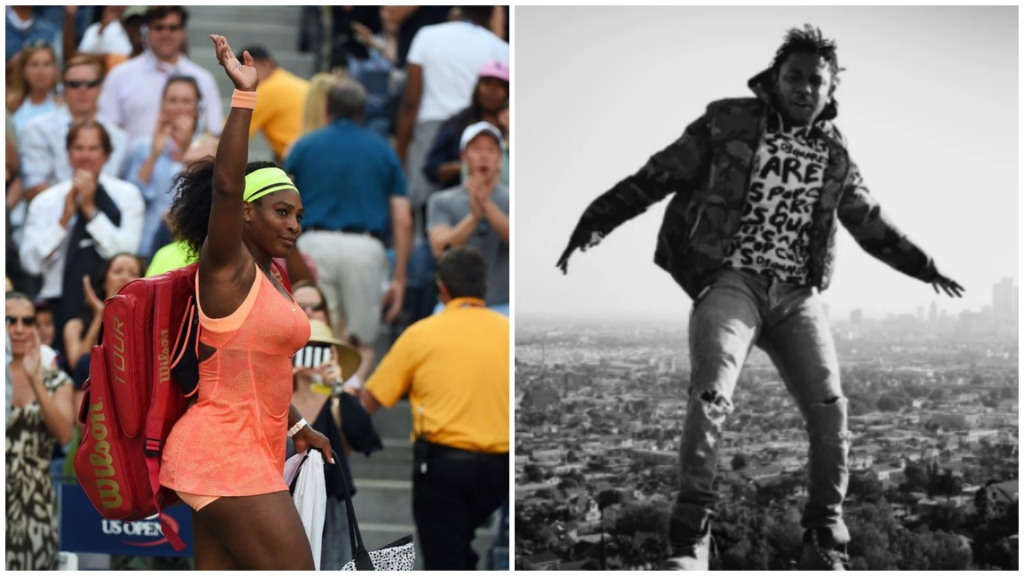 “All my life I had to fight”

Depending on who you are or where you are, these 7 words will most likely trigger one of two reactions. You may furrow your brow, narrow your gaze, plant your feet firmly on the earth and channel your inner Oprah Winfrey by way of the 1984 film “The Color Purple”. It’s the monologue that contains her character Sophia’s famous vow to rebuke Harpo and “kill him dead” should he raise his hand to her again.

However, if you’re like me then the instant classic “Alright” by Kendrick Lamar has taken Oprah’s place in the queue of your subconscious word associations.

Alright is a soul stirring 3 minutes and 39 seconds of revolutionary self-affirmation. The song acknowledges the hardships of present circumstances while foreshadowing the inevitability that you, I, we will overcome them.
The music video for the song
(which if you haven’t seen yet, you have my permission to stop reading, scroll to bottom of this page and enjoy) juxtaposes past plight with future flight.
Legs that appear to dangle as the result of a Jim Crow era lynching actually turn out to belong to Kendrick flying in the air with Peter Pan-like leisure.

The song possesses the spirit of righteous defiance as evidenced when Black civil rights seeking youth evoked it as a part of a Black Lives Matter protest daring to dream bigger and reach higher, but when Kendrick and producer Pharrell take turns with the mantra “we gon’ be alright”, it serves as a very cool and unfazed wink at adversity. Almost as if to say with a smile, “this is light work. I got this”.

Like many others I felt for Serena Williams after she had fallen just short at another notch on her already very length championship belt. But as I watched her collect herself on the court and absorb the reality of that moment, Kendrick Lamar’s song of phoenix-like prophecy instantly came to mind.

On Friday afternoon, I watched as Serena, the reigning Queen of tennis lost to Roberta Vinci, the 300 to 1 underdog in the semi-final of the U.S. Open. But this wasn’t just any upset. Although shocking in it of itself that the Vinci would beat one of the greatest athletes of all time during a year in which she is playing lights out tennis with seemingly no peers, she also halted Serena’s quest to win a calendar year Grand Slam.
In tennis, a Grand Slam is when a player wins all 4 of the major tennis tournaments. As difficult as that is to achieve on it’s own, Serena would have become only the 6th player of all time to win the Grand Slam in the same calendar year.
It’s not as infrequent as a Chicago Cubs World Series, but it don’t exactly happen everyday.

But before her supporters being to feel too bad for her or her detractors attempt to write her off because of her age, let’s not forget where she comes from. Don’t forget the journey that made Serena Williams, Serena Williams. Think about how much she has already overcome to achieve unprecedented successes and to defy what on paper would look like improbable odds. This is not a woman who let’s temporary shortcomings get in her way. That is the reason why even in defeat she is an incredibly inspiring symbol of fortitude, drive and perseverance.

Like Kendrick Lamar, Venus and Serena Williams were raised in the the city of Compton in South Los Angeles. By now, most of the world thinks of Compton with slightly more accepting, rose colored glasses following the mega success of the N.W.A. film “Straight Outta Compton”. But make no mistake. Because of socio-ecomonic factors like a lack of opportunities, political neglect and crime, Compton was (and still is) a difficult place to survive and thrive in; no different from many of America’s other forgotten towns inhabited by Black and Brown.

Nevertheless, their father Richard Williams taught himself the game of tennis by reading magazines and watching instructional videos. As Serena says herself “he was no spring chicken”. But that didn’t deter him.
He had one singular focus. To create a prosperous life for his children by turning them into greatest tennis players in the world.
I didn’t say good players.
I didn’t say great.
His dream for them was to become the greatest.
The audacity to have such a vision and the unrelenting commitment to make his dreams come true despite his circumstances should not go under appreciated.It is a large part of what makes Serena Williams the unstoppable champion that many admire and cheer for
today. 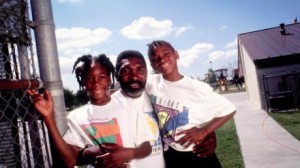 ALL THEIR LIVES THEY’VE HAD TO FIGHT!!

No, I mean literally fight.
Richard not only had to fight against the gender, racial and economic stereotypes that came along with being a low-income, self taught tennis coach of two black girls but he would also fight with local gangs so that his daughters would be able to practice at the public tennis courts without fear or interruption.

“ I was fighting with them so much, they got tired of fighting me. They said
‘old man we just fought you yesterday’ Oh, well we’re gonna fight again today. I got damn near all my teeth knocked out. But I got the court”.

Once his daughters made it to the pros, that was hardly the end to the obstacles. In many ways, it was just the beginning.
Serena is used to having every element of her being criticized.
There were the problems with her and her sister’s hair; perfectly woven teenage braids held together and accented by colorful beads.The girls looked beautiful, poised and ready for completion in the spotlight but the tennis community saw their stylings as being primitive and undignified.

When the Williams sisters first started playing each other in major competitions, the matches themselves didn’t necessarily meet the epic, blockbuster expectations that the media set for them. Instead of considering how emotionally difficult it must be for 2 sisters and best friends to play each other without compassion or relent, critics instead accused their father Richard of fixing the matches; predetermining which sister would win and when.

It’s also been no secret that racists who can’t handle the fact that a black woman could be as gifted and dominant as Serena has been haven even questioned her gender, speculating that she must really be a man. This, despite the fact that this woman has grown up in front of the world speaks to the desperately high lengths that some will reach just to discredit this dominant, successful woman of color. 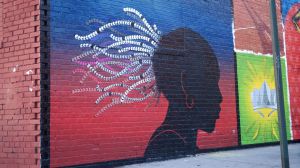 Serena has dealt with adversity her entire life.
But Serena has dealt with all of this with unimaginable patience and good humor. She has not only remained successful through all of this, but has consistently positioned herself as a role model, understanding that her legacy is much larger than the game of tennis. Has she been perfect? No. No one is. Serena has definitely had her share of flareups. But in a sport where winning and losing is on the shoulders of the individual, she has remained conscience of her larger role in society.

Most of the watching world certainly was crushed when Serena lost that match. Her loss inconveniences our selfish desire to witness athletes achieve success of Biblical and supernatural prowess in the modern day.
Also, as links on a chain connected by humanity, we empathize with her pain as we see the handwork, discipline, passion and subsequently, heartbreak simultaneously functioning in that one moment. It was a shock that reverberated all around the world.

You want know how I found out that she lost?
Wow! That’s that’s strangely curious of you. I’ll be happy to tell you!

I was actually in the lockerroom of my gym in New York City when I heard the most jarring collection of screams, yelps and cussing from the cafeteria/common areas 2 walls and about 80 feet away. I walked out. I saw faces buried in hands and eyes peering through the spaces of fingers, looking up at the television. It was clear. The queen had been vanquished.

But fear not. Serena has plenty of fight left in her and will continue to compete for Grand Slams as long as her spirit and body allow.
She’s faced plenty of setbacks and heartbreaks in her life; some that surpass the irrelevance of pro sports. Her and her sister are a living testament to the power falling down and getting back up again.

Don’t worry about her. She gon’ be alright.